How Safe is Weight Loss Surgery?

In this article we will discuss the safety and risks associated with weight loss surgery.

There are two aspects to weight loss surgery. One is the risk of surgery versus the risk of remaining where you Obese. The second aspect is the safety profile which is where we look at the risk of dying and other complications of different weight-loss operations that are considered fairly standard.Well, let’s look at it very objectively.

There are two aspects to weight loss surgery. One is the risk of surgery versus the risk of remaining where you are, which is a risk of obesity as such. Then the second aspect is the safety profile which is where we look at the risk of dying and other complications of different weight loss operations that are considered fairly standard. 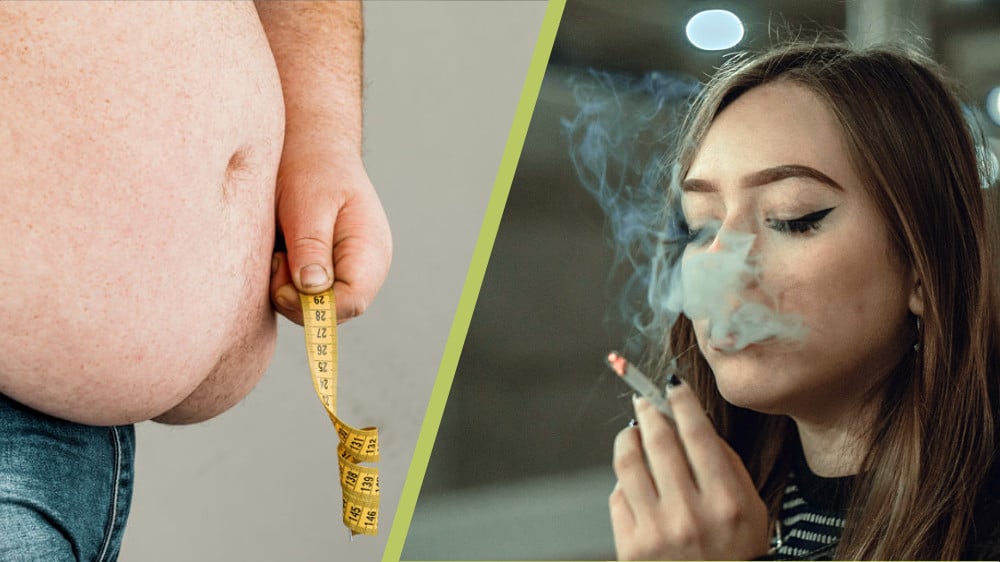 Obesity is now regarded as the second leading cause of premature death. Premature death is defined by death under the age of 75 years and the first cause being that of heart disease. Obesity itself or specifically morbid obesity, that being when the BMI goes above 35, is considered to be the same risk that an individual who’s been smoking for 15 years and smoking 15 cigarettes a day has got. For each BMI point that goes above 35, your risk in comparison to smoking years also gets increased by a year. There are many known conditions which are associated with obesity which increase an individual’s risk of death, for example, diabetes. Diabetes is something that we know affects everything from head to toe. Ischemic heart disease or heart attacks and cancers, specifically prostate cancer and colon cancer in men, and colon cancer, breast and uterine cancer in women, are associated with obese status. Treatment of obesity with either weight loss surgery or other modalities, whether it’s medical or lifestyle changes, is associated with not only increase in lifespan but also in the quality of life. 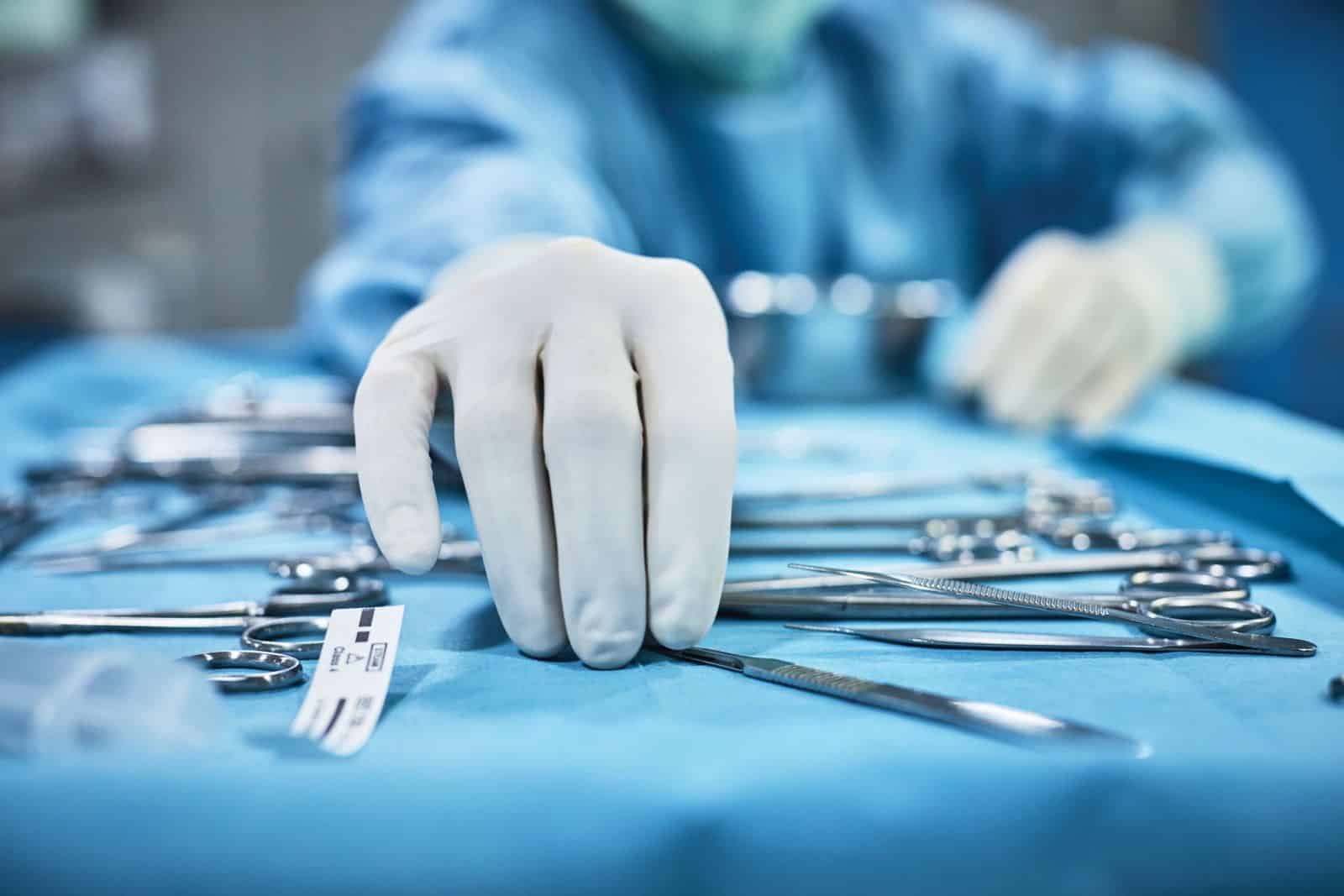 Now, let us have a look at the risk of surgery itself. There are three aspects that determine the
risk of developing complications or death as far as surgery goes. The first is the type of surgery that is being considered, such as if we use a spectrum. A spectrum means from the safest operation and mind you, safest operations are not necessarily the most effective operations so we have to make sure that we make that distinction very clear. The safest operation is that of the lap bands because it does not involve any cutting or dividing of the stomach. Lap band is basically just a ring that is being placed which is considered one of the safest operations. Then, as we progress further on to more slightly riskier procedures we go from lap band to the sleeve which has got a slightly higher risk profile than that of the lap band.

The second thing is that of the patient profile. So, if an individual has already got diabetes, renal failure, sleep apnea or is an older person such as you know above 75 years of age, their risk of developing complications is higher because the body’s reserve is less.

The team of health care workers

The last and most important factor that determines the risk of surgery is the experience of the surgical team. Studies have shown that high volume surgical centres, which in Australian settings are centres that are doing at least 200 more than 250 bariatric operations in a year, have developed enough technique and it’s not just the surgical technique or that of the surgeon, but the whole team. It is also the nursing staff in the wards, the ICU care and associated factors. A very good resource to look at about the risks associated with the high volume sort of centres of bariatric surgery, is the bariatric surgery registry. It is a very robust platform into which various centres are putting their data and it is not necessarily biased. 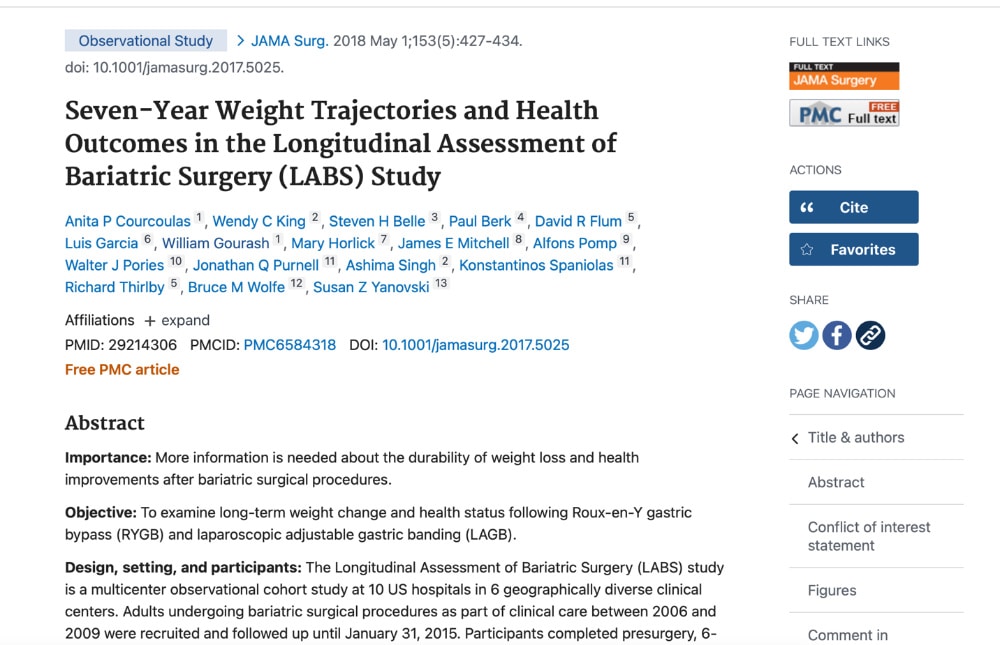 In summarising what I do, there is a very good study that is called the Labs Study Longitudinal Assessment of Bariatric Surgery study. They found that the mortality or the risk of death associated with weight loss surgery is to the tune of 0.3 per cent. To put things into perspective that is very comparable to the risk of someone having keyhole surgery for removal of the gallbladder which is called laparoscopic cholecystectomy.

Some of the key risks or complications of weight loss surgery basically stem from these conditions. Number one is the risk of bleeding which as you know is common to any operation. Number two is the risk of sepsis or infection and that infection generally comes from a leakage which is more sort of associated not so much with the lap band but more with procedures like the gastric sleeves and the gastric bypasses.

I hope you found this article useful. If you did, please subscribe to my newsletter to stay up to date.