The GUT is our own internal garden that can give us the beautiful ‘flowers’ of lasting health and vitality. If we neglect to take control and exercise discipline, the ‘weeds’ of mental and physical ailments will take over in time.

The Choice is Yours, and the Moment to Act is Now!

The FUNCTIONS of Your Gut

Your Gut has 4 Key Functions: 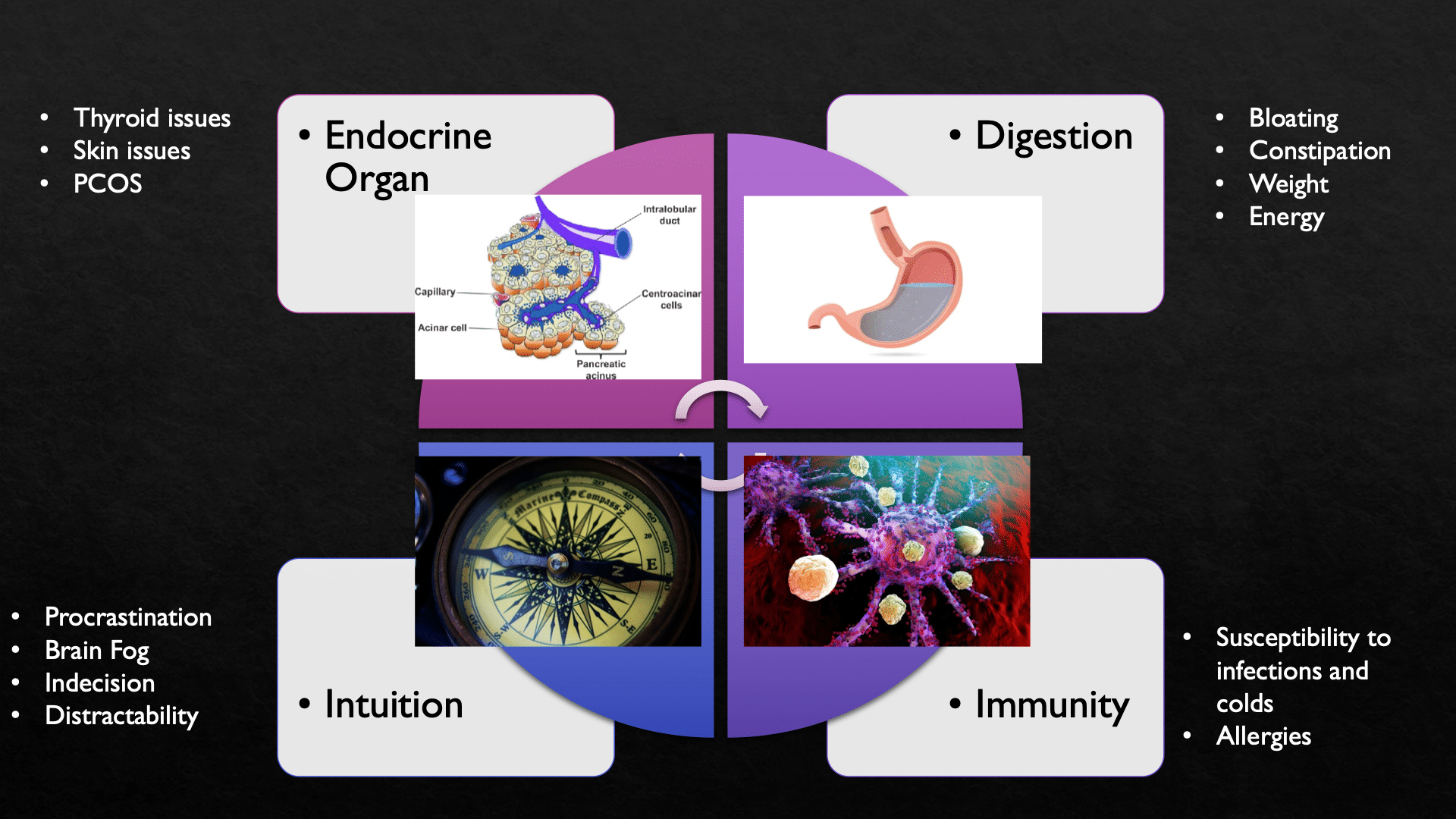 7 Signs of an Unhealthy Gut

Many facets of modern life such as high-stress levels, too little sleep, eating processed and high-sugar foods, and taking antibiotics can all damage our gut microbiome. This in turn may affect other aspects of our health, such as the brain, heart, immune system, skin, weight, hormone levels, ability to absorb nutrients, and even the development of cancer. 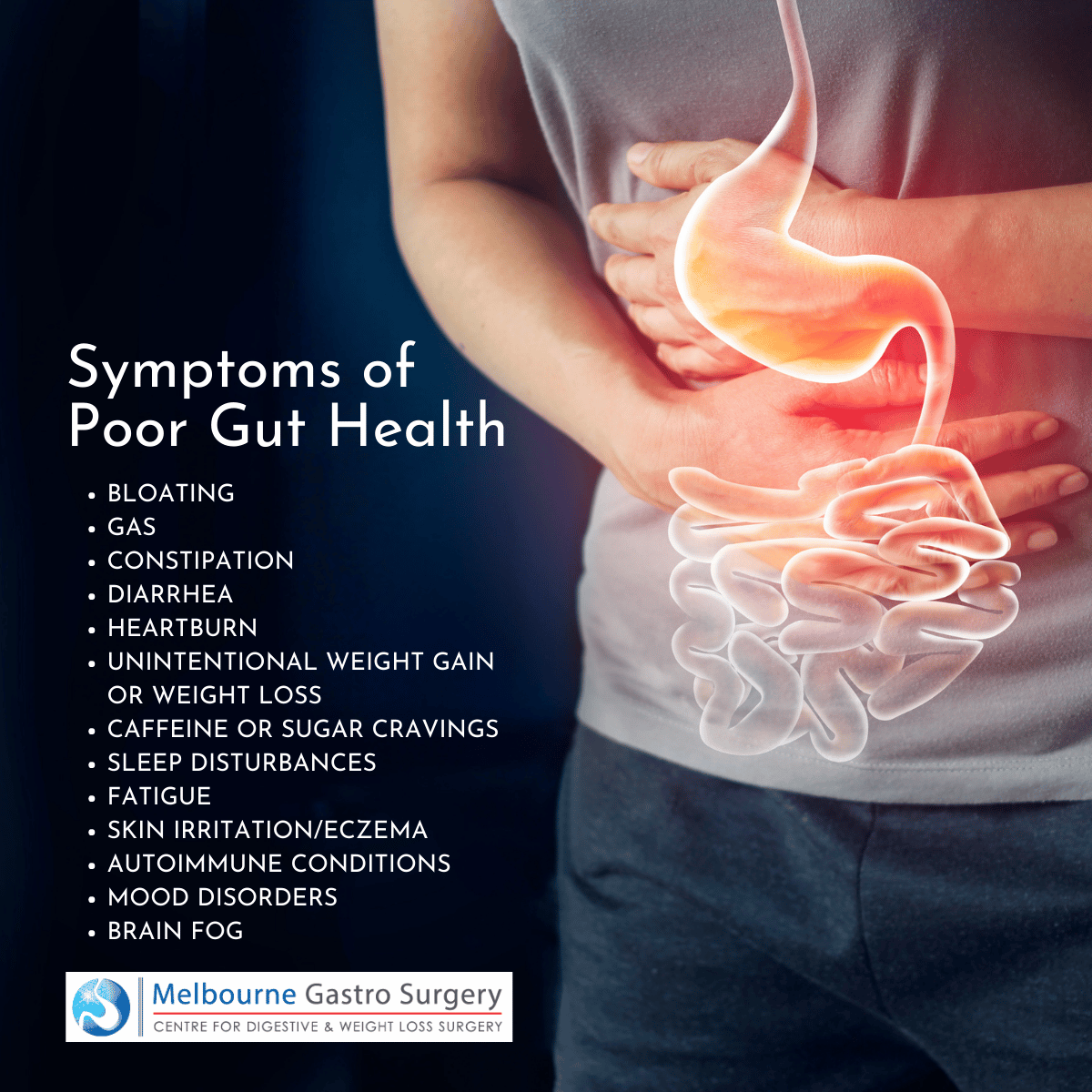 There are a number of ways an unhealthy gut might manifest itself. Here are seven of the most common signs:

Stomach disturbances like gas, bloating, constipation, diarrhoea, and heartburn can all be signs of an unhealthy gut. Taking medications such as acid suppressants can provide temporary relief but are not a long term fix.

2. Craving for caffeine and  high-sugar diet

A diet high in processed foods, caffeine and added sugars can decrease the number of good bacteria in your gut. This imbalance can cause increased sugar cravings, which can damage your gut still further. High amounts of refined sugars, particularly high-fructose corn syrup, have been linked to increased inflammation in the body. Inflammation can be the precursor to a number of diseases and even cancers.

Gaining or losing weight without making changes to your diet or exercise habits may be a sign of an unhealthy gut. An imbalanced gut can impair your body’s ability to absorb nutrients, regulate blood sugar, and store fat. Weight loss may be caused by small intestinal bacterial overgrowth (SIBO), while weight gain may be caused by insulin resistance or the urge to overeat due to decreased nutrient absorption.

An unhealthy gut may contribute to sleep disturbances such as insomnia or poor sleep, and therefore lead to chronic fatigue. The majority of the body’s serotonin, a hormone that affects mood and sleep, is produced in the gut. So gut damage can impair your ability to sleep well. Some sleep disturbances have also been linked to risk for fibromyalgia.

Skin conditions like eczema may be related to a damaged gut. Inflammation in the gut caused by a poor diet or food allergies may cause increased “leaking” of certain proteins out into the body, which can, in turn, irritate the skin and cause conditions such as eczema.

It’s thought that an unhealthy gut may increase systemic inflammation and alter the proper functioning of the immune system. This can lead to autoimmune diseases, where the body attacks itself rather than harmful invaders.

Food intolerances are the result of difficulty digesting certain foods (this is different than a food allergy, which is caused by an immune system reaction to certain foods). It’s thought that food intolerances may be caused by poor quality of bacteria in the gut. This can lead to difficulty digesting the trigger foods and unpleasant symptoms such as bloating, gas, diarrhea, abdominal pain, and nausea. There is some evidence that food allergies may also be related to gut health.

Can Stress Affect my Gut Health?

Stress affects all systems of the body including the musculoskeletal, respiratory, cardiovascular, endocrine, gastrointestinal, nervous, and reproductive systems.

Stresses of modern life greatly affect our Gut Health because of the Gut-Brain Connection.

Stress especially affects people with chronic bowel disorders, such as inflammatory bowel disease or irritable bowel syndrome. This may be due to the gut nerves being more sensitive, changes in gut microbiota, changes in how quickly food moves through the gut, and/or changes in gut immune responses. 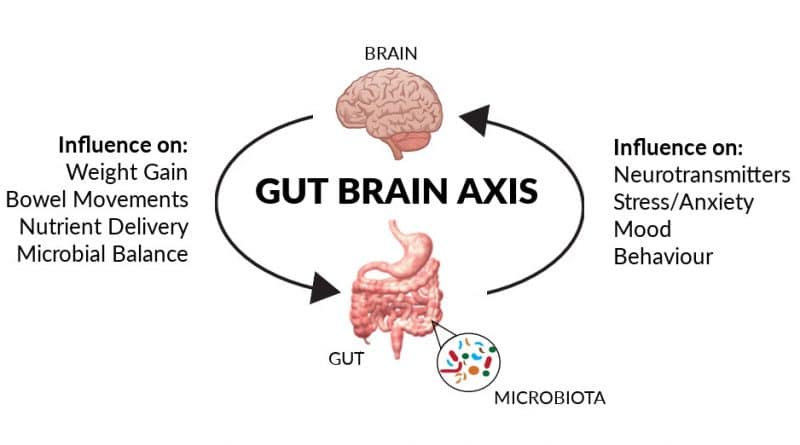 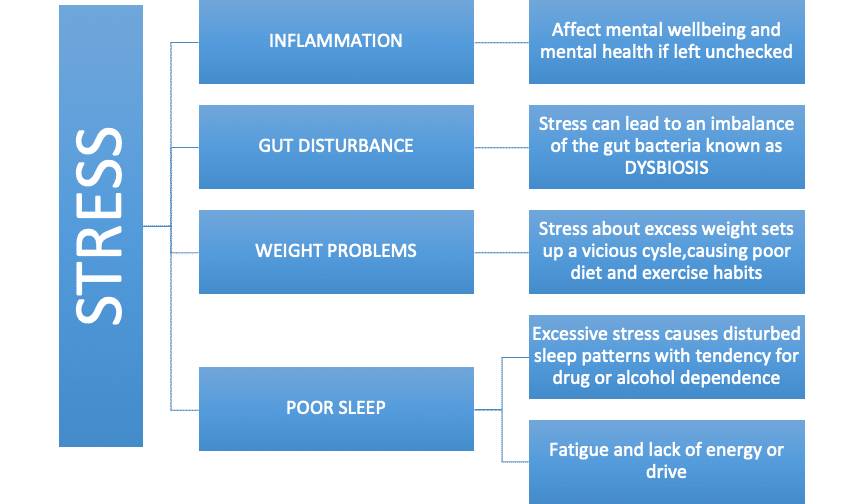 4 Steps of The Gut Regen Program

The Gut Regen Programme is offered as a complementary tool with individuals undergoing the following procedures :

Regardless of whether you are considering getting a surgical procedure or not, The Gut Regen programme provides a solid foundation for developing a healthy Gut in a truly Integrative manner. 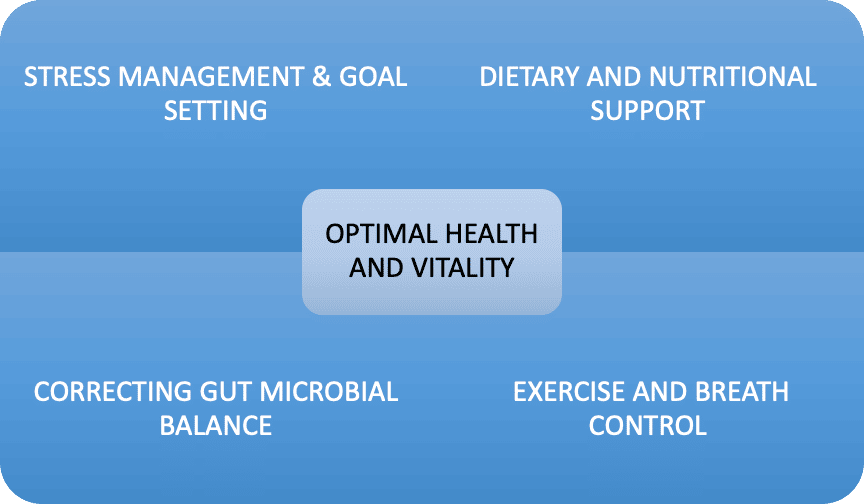 For the programme to commence you will have an initial consultation with one of our Specialists to determine your suitability for this program.

Having lasting Health begins with creating a balance in our internal and external environments. This is called Health Optimisation.

It is recognised that some individuals will need further one on one assistance and this is where a Health Optimization Blueprint (HOB) is an excellent tool. This programme has specifically been developed to address specific challenges that some individuals may be facing when it comes to their health and Wellness.

It takes a holistic view of all aspects of their internal and external environment to create balance or optimization such that physical, mental and emotional well being can flourish. All elements of this programme are evidence-based and do not exclusively rely on using supplements or other commercial products, although where there is a clinical indication our practitioners will make recommendations. 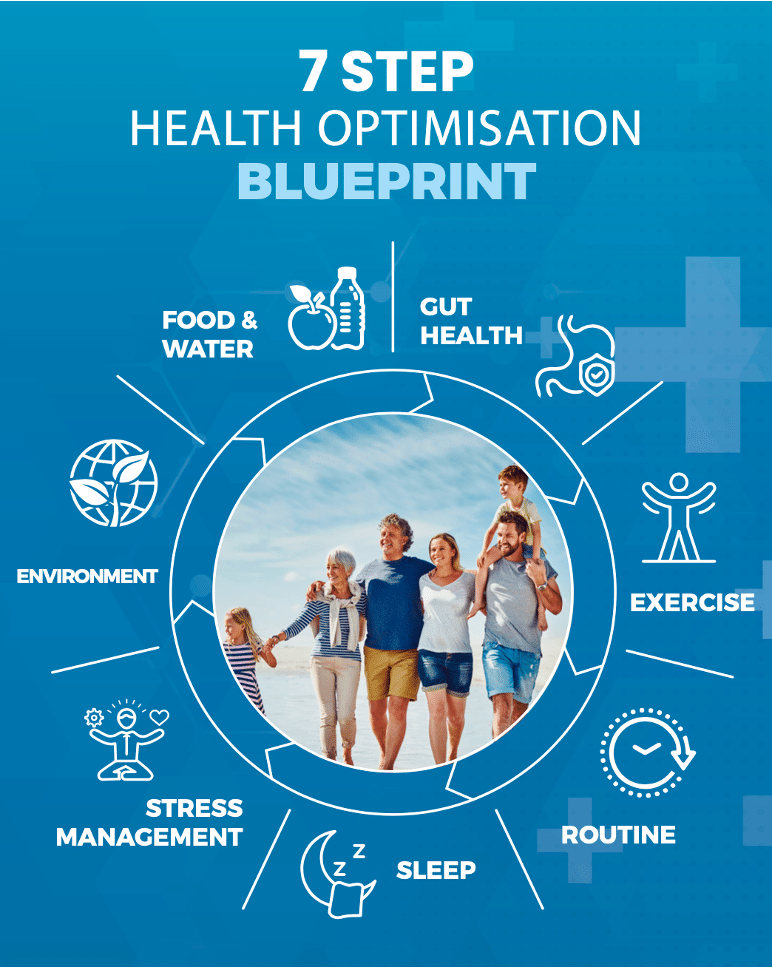 How is this program delivered?

The program is delivered on Zoom over a 30-minute consultation. There are six (6) consultation sessions included in the program cost which are generally booked once every fortnight. These consultations are outcomes-driven and can be customised to suit individual needs.

Preparing for the Program:

Have a dedicated Journal in which you can take notes and refer to them at a later date.

Print out the Health Optimisation Blueprint Sheet for the consultation.

Have a focused block of time during the consultation without any distractions. During school hours might suit busy Mums!

Please note that there may be no Medicare rebate claimable for these sessions UNLESS there is an accompanying GP referral. Our staff will advise you of any Medicare Rebates.
$1,320

By making a purchase, I consent that I have read all of the details and agree to the disclaimer.

Disclaimer: The Health Optimisation Blueprint program focuses on recalibrating and balancing the inner environment. Some clients may need to continue to take the help medications for extended periods of time, depending on the severity of their medical condition. We intend to deliver this program in a safe, evidence-based manner with the least possible reliance on commercial products or supplements. Any conflicts of interest will be disclosed well in advance. This program is an integrative approach rather than an exclusive approach, and we urge that you take the opinion of your medical practitioners where necessary. As with any other treatment/intervention we are unable to guarantee outcomes. We urge our patrons to not suspend, discontinue or alter any medical treatment without the recommendation of their medical practitioners. Dr Arun Dhir, his associates, team members and partners will not be liable for any harm, injury or loss arising out of clients undertaking this program.